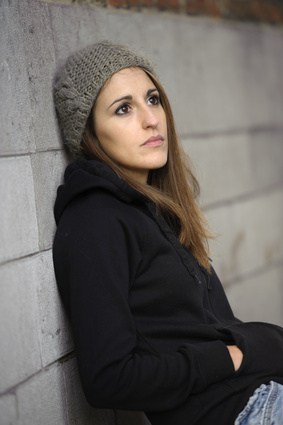 If you’ve been taking Piracetam for a while, have been satisfied with its performance and haven’t noticed any intolerable side effects, you might be thinking about trying some of the other racetams. For many nootropic users, the next step after Piracetam is Aniracetam.

Because it crosses the blood brain barrier so easily, Aniracetam is very fast acting compared to Piracetam. However, its effects don’t last as long as those of Piracetam. This is because a large percentage of a dose of Aniracetam is broken down in the liver during digestion; only about 0.2% of the original dose reaches the systemic circulation. Piracetam, on the other hand, has almost 100% bioavailability. It’s practically unchanged by the time it’s excreted in the urine.

Both drugs are cognitive enhancers with neuroprotective qualities. Research shows that Aniracetam, like Piracetam, preserves cognitive function in people with dementia.

Other Benefits of Aniracetam

Aniracetam has additional benefits that Piracetam doesn’t share. For one thing, it’s a mood enhancer that reduces fear, anxiety and depression and increase sociability. Rats given Aniracetam become less fearful, possibly because it affects serotonin and dopamine receptors, and spend more time engaging in social behaviours. Some people take it to relieve symptoms of social anxiety. It might alleviate post-traumatic stress disorder symptoms.

When given to older rats, Aniracetam behaves like an antidepressant. It restores motivation in rats with central nervous system disorders. It improves mood and increases emotional stability in people with dementia.

Like Piracetam, Aniracetam must build up in the brain for a couple of weeks before it provides its full effect. However, because it crosses the blood brain barrier very easily, initial effects can be felt soon after taking the first dose. Some people report experiencing its benefits within hours.

Because Aniracetam has a more intense effect than Piracetam, but its effect wears off more quickly, your Aniracetam dose should be smaller than your Piracetam dose, and you should take Aniracetam at more frequent intervals. Recommended dosages of Aniracetam range from 750 milligrams to 4500 milligrams per day, which can be divided into four doses taken throughout the day.

Which One to Choose

If you’re looking for a drug with low toxicity and few side effects that can help improve your memory, concentration and learning ability, either Piracetam or Aniracetam could be right for you. You can use Aniracetam for short periods of intense focus or Piracetam for cognitive enhancement over a longer period.

However, if you’re in search of something that will help alleviate feelings of depression or anxiety, particularly social anxiety, reduce impulsiveness or relieve problems with your sleep-wake cycle, you should try Aniracetam.

Any cookies that may not be particularly necessary for the website to function and is used specifically to collect user personal data via analytics, ads, other embedded contents are termed as non-necessary cookies. It is mandatory to procure user consent prior to running these cookies on your website.