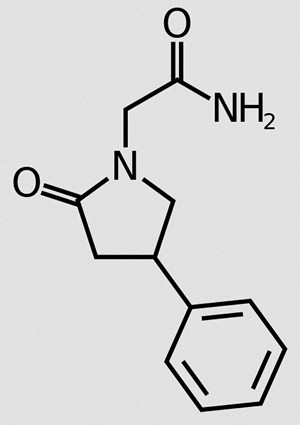 You probably associate nootropics with students staying up all night studying for exams or business people trying to increase their productivity after long haul flights and late meetings. Phenylpiracetam, however, has gained notoriety because of sports.

In 2006, Russian Olympic biathlete Olga Pyleleva was stripped of a silver medal for taking a stimulant known as Carphedon. In 2007, Russian cyclist Anton Reshetnikov was suspended from the International Cycling Union for Carphedon use. 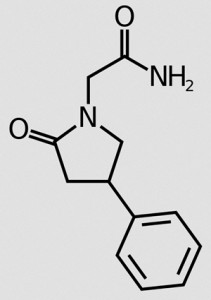 Phenylpiracetam was developed in Russia in the early 1980s. It was used to increase cosmonaut’s productivity on spaceships . Today, it’s sold in Russia as the prescription drug Nootropil.

Phenylpiracetam enhances both cognition and mood. It acts as a mild stimulant and, uniquely, increases physical endurance and resistance to cold. Consequently, it’s used to improve physical as well as mental performance. Because of this, it’s been placed on banned substances lists by athletic organisations. Bodybuilders sometimes take it before working out.

As a cognitive enhancer, Phenylpiracetam is similar to other racetams, improving memory, focus and concentration. As a mood enhancer, it reduces depression and anxiety, as Aniracetam does.

Studies in mice show that Phenylpiracetam enhances memory function and acts as an antidepressant. It has a neuroprotective effect, stronger than that of Piracetam. When given to mice with cerebral ischemia, it increased blood flow to the brain, enabling the retention of cognitive functions and increased survival rate.

As a stimulant, it’s said to resemble Adderall. However, Phenylpiracetam does not have serious side effects.

Phenylpiracetam appears to affect acetylcholine, glutamate, GABA, dopamine and serotonin receptors. Acetylcholine is important for learning and memory. Glutamate buildup is associated with neurodegenerative disorders in older people; a decrease in the glutamate/GABA ratio could help prevent diseases such as Alzheimer’s.

Dopamine and serotonin affect mood. This could explain Phenylpiracetam’s effectiveness as a mood enhancer.

How to Take It

You can develop a tolerance to Pramiracetam, so consider taking it only on days when you need to be extra focused, or trying a one week on, one week off schedule. If you wish, take another nootropic on your off days.

Phenylpiracetam is legal and Australia and can be purchased without a prescription.

It’s available in pill form or as a powder.