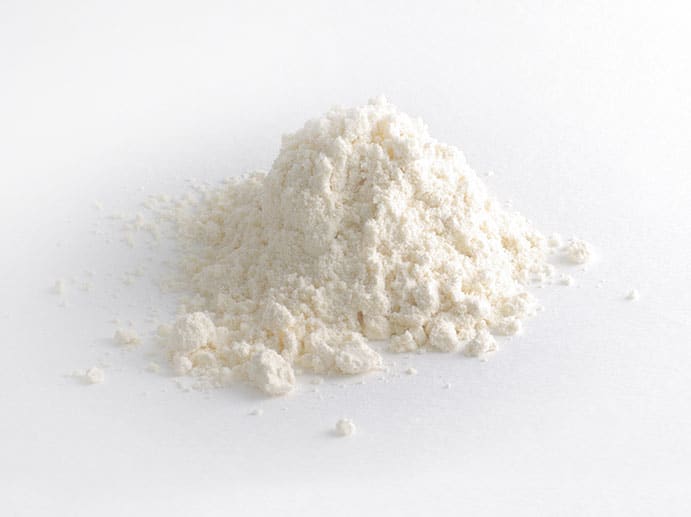 Mention lithium to most people and they’ll immediately think of the medication. Indeed, it’s well known in this context through many popular culture references over the years, both in music (“Lithium” by Nirvana springs to mind) and movies (think American Psycho). But beneath it all, lithium is simply the third element in the periodic table, found naturally as a mineral salt. Lithium is found in variable amounts in grains, vegetables, and drinking water, and in very small amounts in meat. But the concentration of lithium in food can vary widely depending on the quality of the soil crops are grown in and the filtration system used for drinking water, which has led to its manufacture as a supplement.

As a medication, lithium salts have been used for everything from gout to cancer since the early 1800s, but only gained momentum as a successful treatment for mental health conditions when Australian psychiatrist John Cade began using it to treat mania in 1949. Progress was slow, as overdoses resulted in catastrophic side effects, with some patients dying. However, several doctors continued to push forward with research, and in 1970 lithium was approved by the US Food and Drug Administration (FDA) for use in the treatment of manic illness. Since then it has become a popular treatment for many psychiatric disorders. Lithium is now listed in the WHO [World Health Organization] Model List of Essential Medicines, meaning it is classified as a basic medication that should be included in all health systems.

What are the clinical uses of lithium?

Lithium has myriad neuroprotective and neurotrophic (growth stimulating) effects within the brain, which can be useful in treating a range of psychiatric disorders. Its most common use is in the treatment of bipolar disorder, but it is also used for major depressive disorder that is refractory to antidepressants and sometimes for schizophrenia or other psychiatric conditions. Its use in bipolar disorder has been shown to reduce the risk of suicide, a benefit that has not been documented with other treatments.

More recently, experimental evidence has shown that lithium’s neurotrophic and neuroprotective effects may also be beneficial in the treatment of neurodegenerative conditions. Indeed, lithium has been shown to improve behavioural and cognitive deficits in stroke, fragile X syndrome, Alzheimer’s disease and Huntington’s patients, as well as in mouse models of Parkinson’s disease and multiple sclerosis. However, a study investigating the potential of lithium for the treatment of amyotrophic lateral sclerosis (ALS) found no significant benefits.

Evidence is mounting to suggest that lithium may have more wide-ranging neuroprotective effects than we ever realised. And that’s why more and more scientists are coming to believe that it may be beneficial not only for people with psychiatric disease, but for normal, healthy people as well.

What are the benefits for healthy people?

As early as the late 1800s, scientists had found traces of lithium in human organs and foetal tissues, leading some to suggest that it may have a specific function in the human body. But it wasn’t until the 1970s and 80s that studies began to document the importance of lithium to health. It was found that rats and goats fed low-lithium rations had higher mortality rates and also developed reproductive and behavioural abnormalities. In rats, lithium consistently decreases aggression. In humans, low lithium intake has been linked with increased hospital admissions for psychosis, neurosis and personality disorders, and, alarmingly, homicide rates.

In a 1994 placebo-controlled study, 24 former drug users were randomly selected to receive either 400 mg of lithium per day or a placebo, for four weeks. All subjects completed weekly self-administered mood test questionnaires. For those that received lithium, the total mood scores steadily increased over the four weeks, reflecting greater happiness, friendliness and energy, while those that received the placebo actually showed a slight decrease in their mood scores. This is compelling evidence for lithium’s calming and mood stabilizing effect.

In addition to all its cognitive effects, lithium has also been shown to have wider impacts on our health:

But perhaps the strongest evidence for routinely including lithium in our diets came in 2011, when scientists documented significantly lower mortality rates in Japanese municipalities with more lithium in their drinking water. Taking the study a step further, the scientists then performed an experiment to examine the effects of comparable levels of lithium in roundworms. Sure enough, worms that received lithium lived significantly longer. Cause and effect remains to be proven, but the researchers believe that the improved longevity was attributable to lithium. While we’re busy working hard to eat well, exercise regularly and get plenty of sleep, it may be that we are missing out on one of the key aspects of improving our lifespan.

How does lithium work?

Lithium works by influencing the expression, production and action of a wide variety of enzymes, hormones, growth factors, neurotransmitters, receptors and other proteins in the brain and throughout the body. These mechanisms combine and interact to exert neuroprotective and neurotrophic effects.

These mechanisms protect neurons from a range of processes that would otherwise lead to cell death. Lithium treatment also increases long-term potentiation (LTP) in the hippocampus, which promotes learning and memory, and increases serotonin release in the hippocampus, helping stabilise mood. A full treatment of the mechanisms of lithium’s neuroprotective and neurotrophic effects is beyond the scope of this article, but this gives you a window into the many benefits it offers for brain health.

How much do we need?

Current dietary recommendations unfortunately do not yet include lithium. However, it is always the case that research moves much faster than public recommendations – take vitamin D for example; the reported RDI is 400 IU, yet if you ask a doctor they’ll tell you 4000 IU is closer to the mark – a whole order of magnitude higher! A report published in 2002 suggested that lithium ought to be considered an essential nutrient, and made a provisional recommendation of 1 mg per day based on an adult body weight of 70 kg. 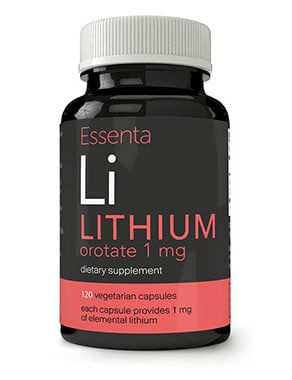 The concept of lithium supplementation is still quite new, but the consumption of 1 mg per day is not. In 1985 the US Environmental Protection Agency (EPA) estimated the daily lithium intake of a 70 kg adult to range from 650 to 3100 µg. Average intake levels have dropped significantly since then as water has been filtered to within an inch of its life and top soil used for growing crops has become depleted of nutrients. However, in many countries, including parts of Spain and Japan, the fresh water and produce contain far greater amounts of lithium than what we get in other parts of the Western world, and daily consumption of lithium is often as high as 1 mg per day even without supplementation. Toxic effects have certainly been documented with excessive amounts of lithium, as occurred in the 1940s when lithium chloride was used as a salt substitute for cardiac patients. But the doses we are recommending here are not only safe – they’re beneficial.

Are there any potential side effects of lithium?

A myriad of side effects are possible with lithium when it is used as a medication:

It’s important to understand that most side effects and interactions are dose dependent and none should be expected at the doses recommended for supplementation. For example, a typical dosage for bipolar disorder is 337 mg elemental lithium per day – that’s in contrast to 1 mg per day for supplementation! It’s worth noting also that most essential nutrients have a threshold of toxicity at some point – it’s all about finding the right dose. That said, if you have a medical condition or aren’t sure if lithium is right for you, you should consult with a medical professional.