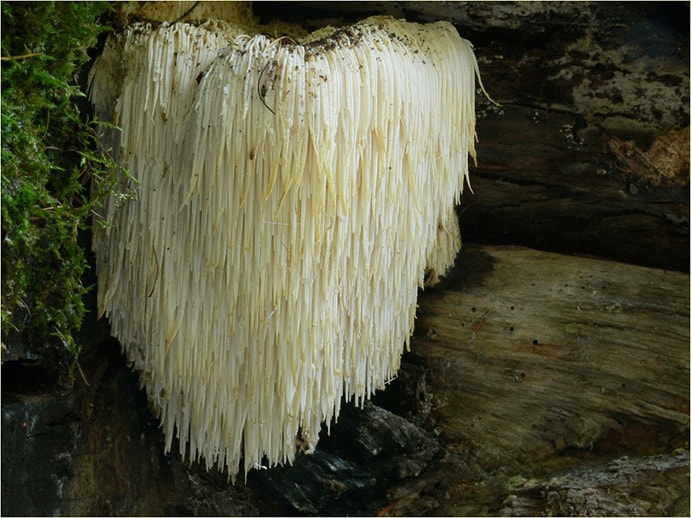 Lion’s Mane mushroom is an edible fungus from the tooth fungus group also known as “Yamabushitake” or Hericium erinaceus.  Native to North America, Europe, and Asia, Lion’s Mane is not only a well-regarded foodstuff but also used in traditional medicine for its medicinal properties.

Lion’s Mane is uncommon in the wild, but because it takes well to cultivation, it is commonly used as a food source in Japan and China.  For a meal, it can be sliced into steaks and simmered with butter and spices.[1]de la Vega, J. (2015). An Important Introduction to Cooking Lion’s Mane Mushroom. Randwiches. Available at: http://www.randwich.es/blog/2015/10/19/pan-fried-lions-mane-mushroom [Accessed April 5, 2018]. For herbal remedies, it can be made into a tincture or ground into a powder.[2]Lion’s Mane Mushroom: The Ultimate Guide (2017). ChagaHQ.com. Available at: https://chagahq.com/lions-mane-mushroom/ [Accessed April 5, 2018].

Recently, Lion’s Mane has come under scientific scrutiny for its neuroregenerative effects.  Bench research, animal studies in nerve crush injuries, and human studies in early cognitive decline and depression all suggest that it may have potential to restore, or at least ameliorate cognitive and neurological deficits.

The Science on Neuroregenerative Properties of Lion’s Mane

In Asian traditional medicine, the purported benefits of Lion’s Mane include a panoply of cures including:

While Lion’s Mane has been in use as a traditional Chinese medicine therapy for gastritis for 1000 years,[4]Ma, B. J., Shen, J. W., Yu, H. Y., Ruan, Y., Wu, T. T., and Zhao, X. (2010). Hericenones and erinacines: stimulators of nerve growth factor (NGF) biosynthesis in Hericium erinaceus. Mycology 1, 92–98. scientific examination of its therapeutic uses are more recent. Some of the most exciting science on the fungus involves its neuroregenerative effects.

The current scientific buzz on Lion’s Mane is exciting because it may be beneficial in high-profile cognitive and neurological diseases which currently have no cure.[5]Friedman, M. (2015). Chemistry, Nutrition, and Health-Promoting Properties of Hericium erinaceus (Lion’s Mane) Mushroom Fruiting Bodies and Mycelia and Their Bioactive Compounds. J. Agric. Food Chem. 63, 7108–7123.

Because of its association with hericenones and erinacines, Lion’s Mane has been further evaluated in cell, animal and human studies for neuroregenerative effects.

However, a 2013 study which compared the neurite outgrowth from Lion’s Mane against that stimulated by other edible fungi, showed that it might not be the highest impact mushroom in this class, Lignosus rhinocerotis and Ganoderma lucidum had even greater effects.[16]Phan, C.-W., David, P., Naidu, M., Wong, K.-H., and Sabaratnam, V. (2013). Neurite outgrowth stimulatory effects of culinary-medicinal mushrooms and their toxicity assessment using differentiating Neuro-2a and embryonic fibroblast BALB/3T3. BMC Complement. Altern. Med. 13, 261. 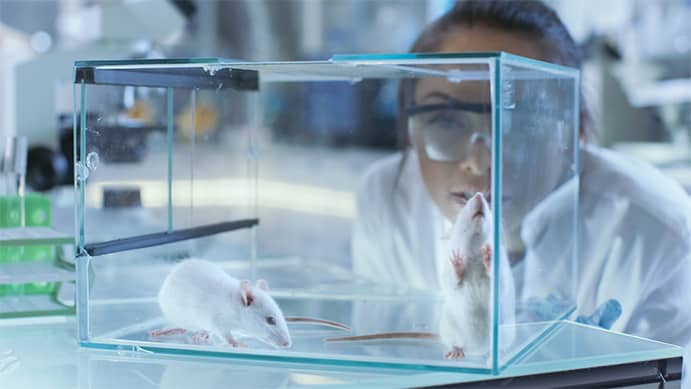 One of the most exciting papers on Lion’s Mane was a 2011 paper looking at amyloid plaque formation in a mouse model for Alzheimer’s Disease.  Mice were fed Lion’s Mane for 23 days, then the amyloid β(25-35) peptide which induces symptoms of dementia.  Mice treated with Lion’s Mane did not develop impairment of spatial short-term and visual recognition memory as compared to controls which indicated it may prevent dementia.[19]Mori, K., Obara, Y., Moriya, T., Inatomi, S., and Nakahata, N. (2011). Effects of Hericium erinaceus on amyloid β(25-35) peptide-induced learning and memory deficits in mice. Biomed. Res. 32, 67–72.

In a 2009 human study, Japanese scientists did a randomized placebo-controlled clinical trial of Lion’s Mane in patients aged 50-80 who were diagnosed with mild cognitive impairment. The results were exciting, patients who took four 250 mg tablets containing 96% Lion’s Mane dry powder three times a day for 16 weeks scored significantly above patients with placebo on cognitive scales after taking the supplement for 8 weeks (as measured by the Revised Hasegawa Dementia Scale or HDS-R). There were no adverse effects from the treatment although the effect did stop when the supplement was discontinued.[20]Mori, K., Inatomi, S., Ouchi, K., Azumi, Y., and Tuchida, T. (2009). Improving effects of the mushroom Yamabushitake (Hericium erinaceus) on mild cognitive impairment: a double-blind placebo-controlled clinical trial. Phytother. Res. 23, 367–372. 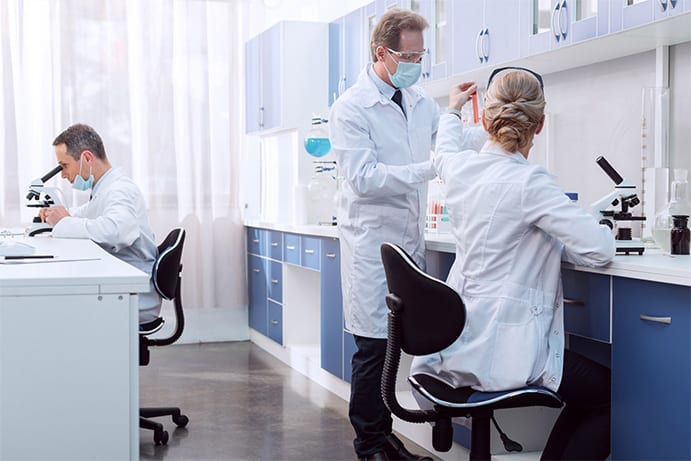 While the science on Lion’s Mane is still young, the fungi holds potential for targeted neurological therapies.

As Lion’s Mane has been consumed as a foodstuff for centuries, and some human studies show cognitive benefit with no ill effects it seems like a reasonable dietary addition for those interested in food-as-medicine therapies.