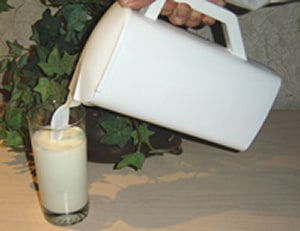 You may have heard about combining choline with racetams in order to prevent racetam headaches and increase cognitive power. In fact, choline is a cognitive enhancer on its own.

Choline is an essential nutrient with many different functions. Your body uses it to create acetylcholine, a neurotransmitter involved in memory and learning. It enables signalling between cell membranes. It facilitates the transport of fat from the liver; choline deficiency can cause liver damage. Choline is important for healthy kidney function. It decreases blood levels of the amino acid homocysteine; high homocysteine levels are associated with heart disease. Choline deficiency is also associated with neurological disorders and atherosclerosis. Pregnant women with low levels of dietary choline have a high risk of giving birth to children with neural tube defects.

Choline appears to have a beneficial effect on cognition. In addition to its role as a precursor to acetylcholine, it affects the development of the hippocampus, the brain’s memory centre, before birth.

A study performed in the late 1980s showed that rats exposed to extra choline in the womb and given extra choline in the first five days of their lives performed better on memory tests than rats that never received any choline supplementation. A 2003 study showed that, in rats, exposure to additional choline in utero helps prevent memory loss in old age. Another rat study, performed in 2007, showed that choline supplementation after birth could help prevent hyperactivity and problems with spatial learning caused by prenatal alcohol exposure.

In 2011, researchers studied the dietary choline intake of 1,391 dementia-free subjects from the Framingham Offspring Cohort. They found a positive correlation between higher choline intake and high performance on tests of verbal and visual memory. On the other hand, subjects with low levels of dietary choline had high levels of brain atrophy and white matter hyperintensity, both associated with impaired cognitive function and Alzheimer’s disease.

Your body produces a small amount of choline. However, this is not enough to meet your physical needs. You must get choline from your diet. Good sources of choline are eggs, milk, liver and peanuts. Vegans can get choline from wheat germ and dried soybeans. Despite the wide availability of these sources, researchers have found that many people have choline deficiencies.

You can increase you choline intake by taking choline supplements, which can be found in a variety of forms.

Choline salts, such as Choline Bitartrate, Choline Chloride and Choline Citrate, are probably the cheapest type of supplement. They are salts made of choline combined with another chemical. Although they don’t cost much, they may not be worth their price. They contain low levels of choline, sometimes less than 15%, and have low bioavailability.

Lecithin is another form of choline, derived from eggs and soy.

The most powerful and most expensive forms of choline are Alpha GPC and CDP Choline. They are derived from lecithin. They have high bioavailability, a relatively high choline concentration and are less likely to cause side effects.