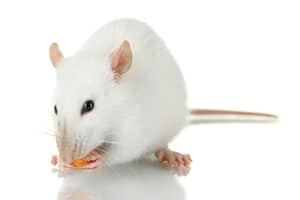 Once you’re used to Piracetam you might think about stepping up to Oxiracetam, or 4-hydroxy-2-oxo-l-pyrrolidineacetamide. While Oxiracetam hasn’t been studied as much as Piracetam, research suggests that it’s an even more powerful cognitive enhancer.

Studies of rodents and humans show that Oxiracetam protects rats and mice from amnesia after physical or chemical injury, such as administration of scopolamine, and that it improves cognitive performance in people with brain damage and various forms of non-Alzheimer’s-related dementia.

(So far, research on the use of Oxiracetam to treat people with Alzheimer’s disease hasn’t been conclusive, and Piracetam is thought to be better for them.)

A 2013 study of rats with traumatic brain injuries revealed that giving them Oxiracetam made it easier for them to find their way through a maze. 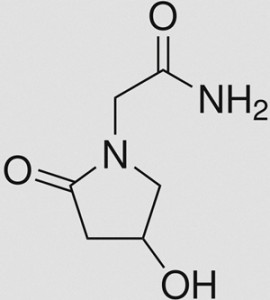 More recent studies of human patients with vascular dementia or with mild or medium brain injuries show that Oxiracetam is better than Piracetam for reducing dementia symptoms.

Anecdotal reports suggest that Oxiracetam is most useful for enhancing logical thinking skills, for example, when studying mathematics.

An interesting potential benefit of Oxiracetam is the ability to correct deficits in social recognition. In an experiment, rats were given trimethyltin (TMT). This made them unable to recognize other rats they had seen 30 minutes before. If rats were given Oxiracetam a week before they were given TMT, they did not experience this effect.

Not much is known about how Oxiracetam improves cognitive performance. In general, the mechanisms that enhance learning seem to be similar to those found in Piracetam.

Studies in rats suggest that Oxiracetam affects acetylcholine and glutamate receptors. Acetylcholine is associated with memory and learning. Glutamate can act as toxin in the body, building up and eventually causing neurodegenerative disorders in the elderly.

Oxiracetam might facilitate neurotransmission by preventing the blockage of calcium channels and altering the composition of the cell membrane.

Unlike Aniracetam, Oxiracetam does not seem to affect dopamine or serotonin receptors, and therefore does not act as a mood enhancer. It will not help you if you are seeking relief from anxiety or depression.

How to Take Oxiracetam

Because Oxiracetam is stronger than Piracetam, it’s probably best not to try it until you are comfortable with how Piracetam affects you.

Recommended doses of Oxiracetam range from 600 to 3,000 milligrams, once a day. It’s best to start with a low dose and work your way up.

Oxiracetam is water-soluble, so you can buy it as a powder and dissolve it in water or juice. While a powder is less convenient than a pill, purchasing it in powder form means that you can make minute dosage adjustments.

You can stack Oxiracetam with other nootropics, but you’re better off trying out Oxiracetam on its own first, to see how it affects you and what your optimal dose is.

In a case reported in 2011, a man undergoing spinal surgery experienced anaphylactic shock after being given Oxiracetam.

Is Oxiracetam right for you?

Oxiracetam could be your nootropic of choice if:

If you meet these requirements, try a low dose of Oxiracetam and see how it affects you.